2023 marks the sixth year's running of the Kelsey Hewitt Memorial Race. Kelsey was a fun-loving girl who was not too stuck on formality, so in her honor, we’re holding a fun race! Kelsey’s Race – is a unique format, multi-league, state wide, season-opening, fun event where every competitor will feel like a winner. Kelsey’s Race has been established as an annual event where racers will “get their racing legs under them” for years to come.

Join us for this race and ignite your passion for skiing and ski racing!

EMPHASIS ON FUN!
While it is natural to be competitive when running a race, that is not the intended goal of the Kelsey's Race. The primary goal of Kelsey's Race is to have fun! What could be more fun than racing in a costume and being served cookies all day long?  Each team is asked to dress up in fun costumes – let your creativity fly – and bring a dozen or two homemade cookies that will be made available all day long for some serious cookie eating!

All racers, coaches and volunteers should check with the league you have registered with to determine any insurance coverages. Neither OISRA, the Alpine Division or Kelsey Race provides insurance specific to this race.

No Protests:
Re-runs will be allowed at the sole discretion of the finish referee (in consultation with the start referee) in instances of interference or failure to capture a valid time.

Costume contest participation is encouraged with gifts given to the top three teams exhibiting the most enthusiastic, team-spirited, costumes. Similarly, three boys and three girls will be chosen as individual winners of the costume contest.  The costume contest will be officiated by the Sportsmanship League Leaders from the three host leagues.

Awards for race performance and the costume contest will be held in or near the finish arena approximately 45 minutes after the finish of the race. Lots of fun swag will be tossed into the waiting awards crowd!

Join us for Kelsey’s Race – the most fun race of the year! 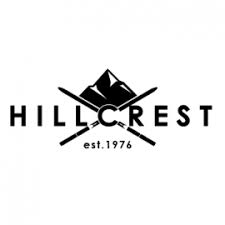